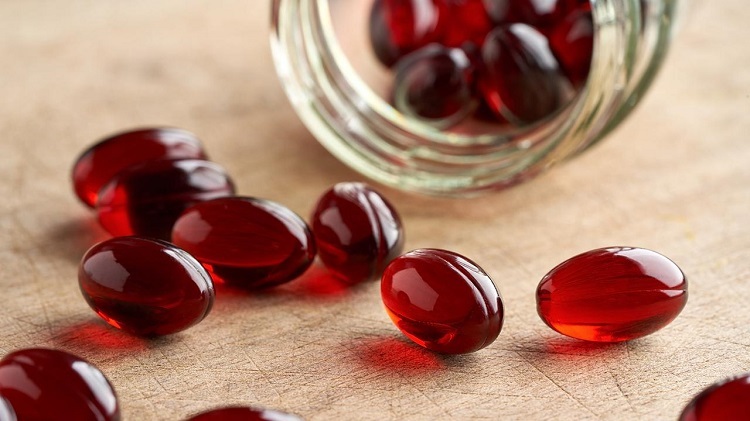 Krill oil is, as the name implies, an oil derived from the krill. Krill are small crustaceans that look somewhat similar to shrimp. They’re found in the colder parts of the ocean, especially the Atlantic. They are one of the most common animals in the sea. In fact, there are enough of the tiny creatures that they serve as the main food source for many kinds of whales and squids.

Companies that produce krill oil supplements have to be sure they are ethically sourcing their krill because, as stated earlier, they are a primary source of food for many marine animals. Some of these marine animals, such as various species of whales, are already endangered.

What Is Krill Oil?

How Does It Work?

Unlike fish oil, the fatty acids in krill oil are transported through the body in phospholipid form. When combined with a good diet and regular exercise, these fatty acids help lower the low-density lipoprotein (LDL) cholesterol and triglycerides. This is also called the “bad cholesterol.” They help raise the high-density lipoprotein cholesterol, which is considered the good cholesterol. This can help to lower the risk of heart disease, stroke, and arterial disease.

Organisations such as Clinicians manufacture krill oil as a supplement to help lower the risk of disease and fight the effects of high cholesterol. Some prefer krill oil to fish oil, because it has less of a fish aftertaste. Also, krill oil produces less belching or reflux that can occur with fish oil. Different food and drug administrations around the world have weighed in on the effectiveness of the substance; however, most have chosen not to get involved. The only concern that many administrations have involves the mercury in the krill. The krill need to be handled carefully and sourced from a reliable place, so that the consumer knows he or she is not getting a dangerous amount of mercury. One should keep in mind, though, that mercury is present in most fish.

Krill oil should be taken exactly as directed. Though it’s not a pharmaceutical or a medication, it is a supplement and should be treated as such.

Since krill oil is a health supplement, it affects the chemistry in your body. It can interact with other drugs you are taking or might take. That means prescription drugs, but it also means over-the-counter medications, vitamins, and other supplements. Krill oil can also be very dangerous for those who have fish or shrimp allergies and should not be taken. You should be very careful about what you are putting in your body, but in most cases, krill oil is completely safe for daily use.

Why do Women Choose to Have a Breast Enlargement

Joseph Deal Jul 21, 2022 0
Are you curious to know how authoritative your website is? Here are a few of the top tools that can help: 1. Alexa…
Entertainment